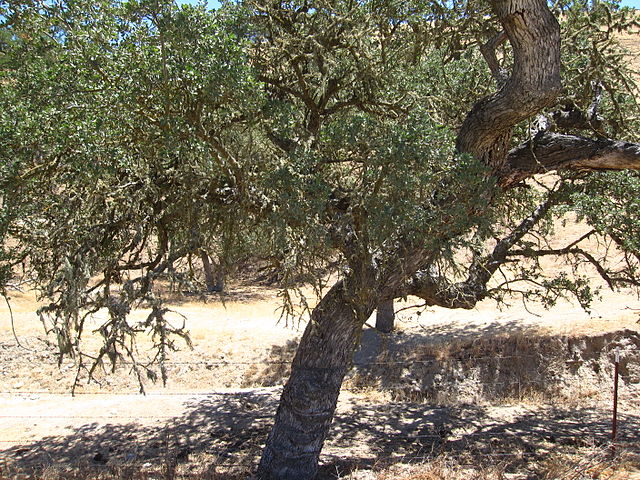 The greatest girth of a single trunk coast live oak, measured at a height of between 1.3-1.5 m above the ground, is 30. 15 ft. (9.19 m), the tree being “The Grand Oak” at Highland Springs Resort in Cherry Valley, California.

The nemesis of the Coast live oak, as far as sudden oak death is concerned, is California Bay. The record for this tree is a girth of 30.51 ft. (9.3 m), located in the Rancho San Antonio Open Space in Palo Alto.

The Pechanga Great Oak Tree of Temecula is a Coast live oak that is probably the oldest oak in California and possibly the world, dated at about 2,000 years.

Canyon Live Oak is also impressive. The largest is in the San Bernadino Mountains and is 12.7 m in girth. This is also a species at great risk from Sudden Oak Death. although not in drier locations.

The tallest oak Valley Oak, a white oak which are not affected by Sudden Oak Death. The tallest specimen is in the Covelo Valley in Mendocino County, and stands at 140 feet (42.7 m).

The Field Guide to Plant Galls of California and Other Western States (by Ron Russo, U.C. Press) identifies more than 300 species of galls, including 95 found only on oaks. They are created by wasps. 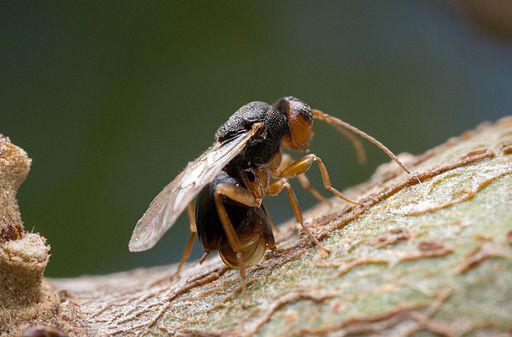 IMAGE: By Alex Wild, part of the University of Texas at Austin’s “Insects Unlocked” project. [CC0], via Wikimedia Commons

Over 150 species of wasp are known to be associated with oak galls. However just one of these wasp species is associated with another 90 insect species that utilize the gall in some way. 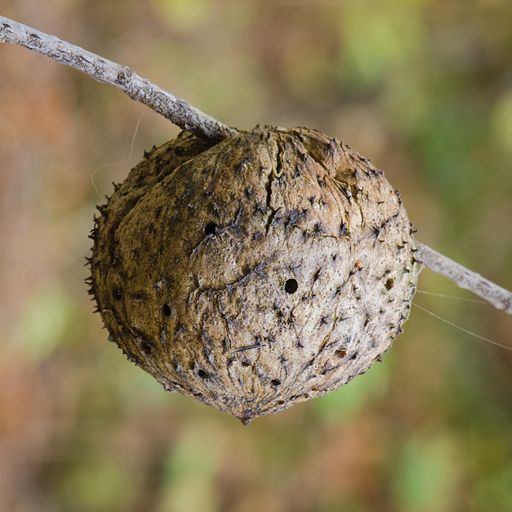 The round galls, called oak apples, on California Live Oak can be a source of fountain pen ink. Find out how to make it here.

Doug McCreary writes, in Living Among The Oaks, “Oak environments are among the richest wildlife habitats in the state; 110 species of birds use oak habitats during the breeding season, and 35 percent of California’s land mammals utilize oaks during
some time of their lives. California’s deer herds are particularly dependent on oak habitats.”

The oaks (Family Fagaceae, genus Quercus) belong to an old lineage of trees and shrubs that dates back to at least the Late Cretaceous (about 85 million years ago). The oldest fossils are most closely aligned with Fagus, the beeches, but there are also suggestions of chestnuts (Castanea) in some of these ancient materials. These fossils are known, to date, only from Georgia, in the south eastern United States. When it comes to the origin of the oaks (Quercus spp.), there is much better evidence. The fossil record reveals that trees similar to oaks first appear about 32-35 million years ago, and trees related to extant species appear by about 25 million years ago. By about 23 million years ago, trees representative of most major groups of oaks have appeared. Dr. Richard Jensen,Saint Mary’s College, Notre Dame, Indiana