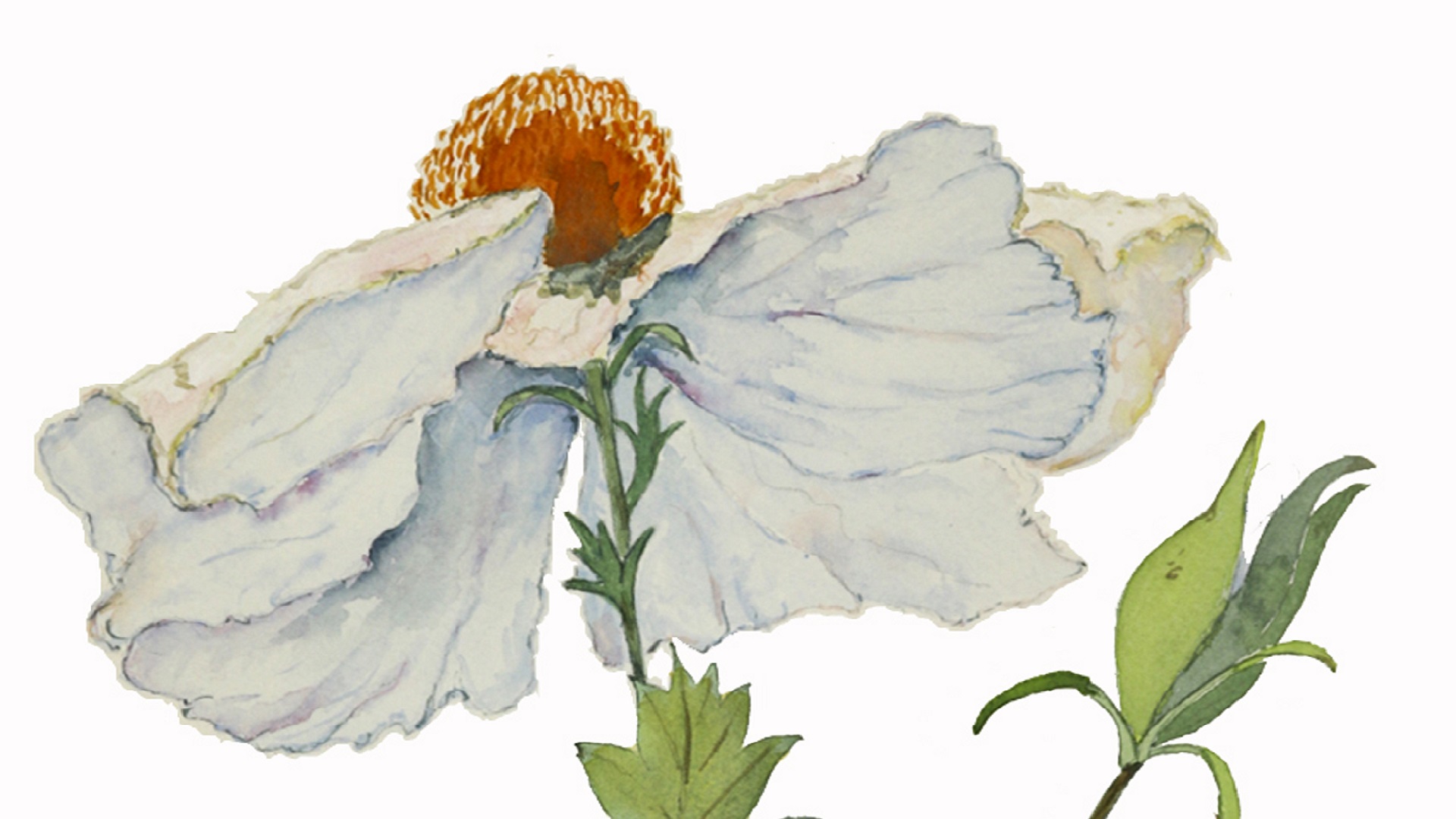 The illustration on the cover of this Obispoensis is another of Heather Johnson’s wonderful watercolors. It was just too beautiful not to use, in spite of the fact its natural range barely reaches our Chapter’s area.

The text below was written by Alice Meyer back in the 1970’s or early 80’s for the local Audubon Chapter Newsletter. Alice, along with her husband, Bud, were the very first recipients of the Chapter’s Hoover Award. As you will probably gather from Alice’s discussion below, she was a very good native plant gardener. She is also the person most directly responsible for the creation of our annual plant sale back in the early 1970’s.

I feel compelled to add one additional tidbit about the Matilija poppy. It had a very important but behind-the-scenes role in a 1998 film entitled “The Mask of Zorro.” The plot of the movie involved the kidnapping of a young girl, who was then taken back to Spain where she grew up and where she was told she had been born. Upon returning to California, she remembered the odor of the plant her true parents had placed around her crib. That plant, of course, was the Matilija poppy which as you are about to learn is basically confined to California (Upper and Lower). But, let’s leave it to Alice to tell you the rest.

The Matilija poppy is regarded as one of our most magnificent perennial wild flowers, with its gray-green foliage and its 3-5 inch wide crinkly white flowers. It was discovered by Dr. Thomas Coulter, who named it after the Britsh astronomer Dr. Romney Robinson. Hence the botanical name, Romneya coulteri Rom-nee-a colt-er-i).

The common name, Matilija poppy, was bestowed because it grew so profusely in Matilija Canyon in Ventura County, but it is also found in canyons and washes from Santa Barbara to lower California at 1000-2500 feet. Locally one may see it occasionally along the roadside on Hwy 101 from San Luis Obispo to Arroyo Grande. It flowers from June to September. This plant is so attractive it is much in demand for home gardens, but nurseries have the plant for sale only occasionally.

Growing it from seed is difficult, since the seeds are very slow germinating – (up to 2 years). Germination can be hastened by planting in sand in a flat with a foot of pine needles on top, then burning the pine needles. When cool, remove the ashes and water the flat from the bottom. When the seedlings have a few true leaves, transplant into small containers. When containers are full of roots, transplant the plants in gallon cans.

Propagation may also be done from root cuttings taken in December or January, which is the easiest way to propagate the plant. After the plants are set out, they should receive supplemental water for the first two years, but when well established, natural rainfall should suffice.

Our Chapter almost always has it at our annual native plant sale in November. From conversations overheard at our plant sale Matilija poppy is relatively difficult to get started. Customers indicate that they have tried several years before having success, then they complain that once established, the species can be difficult to contain). 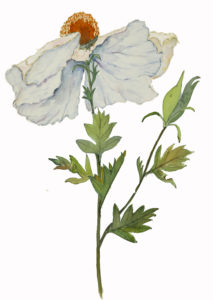