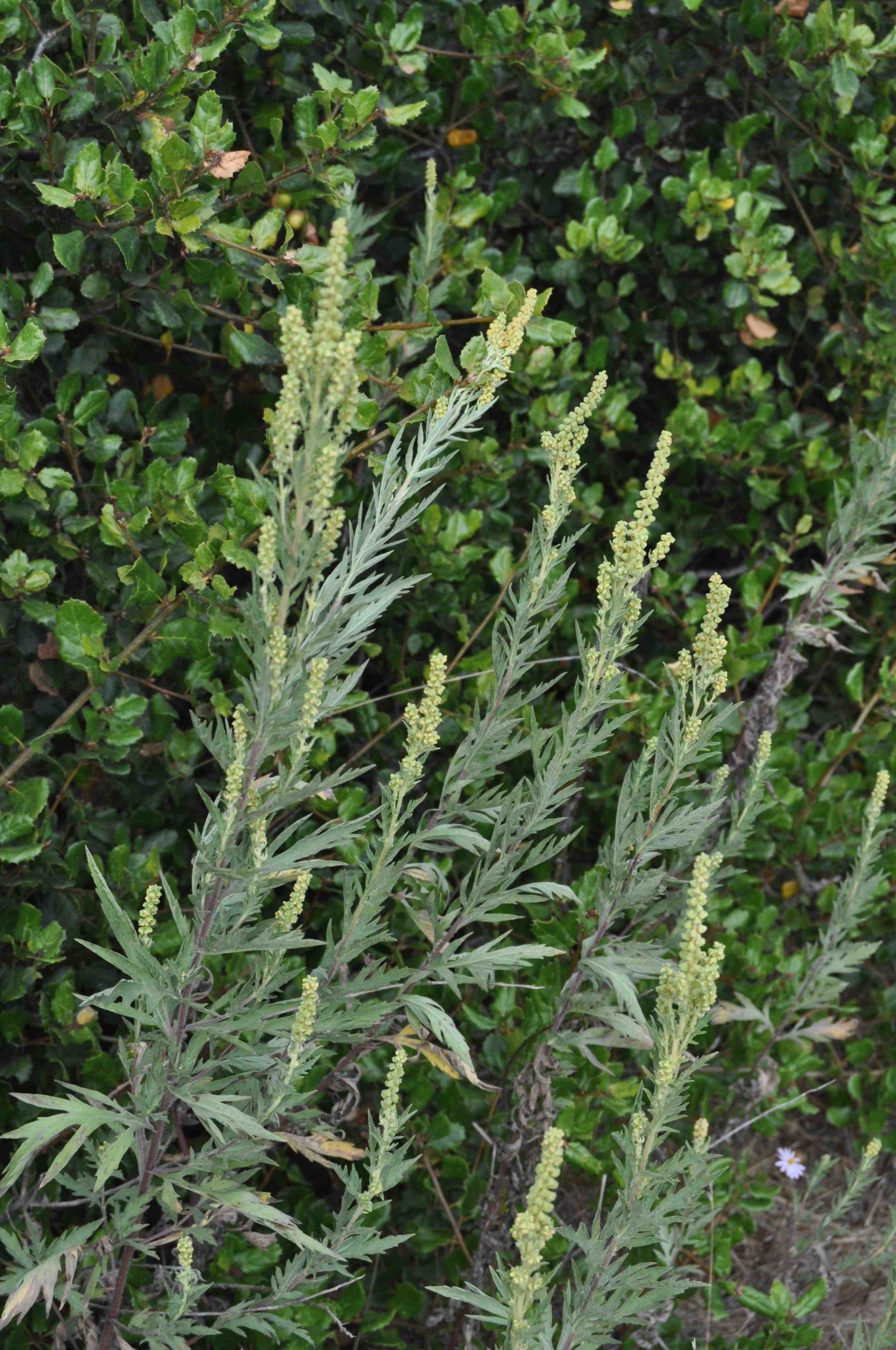 This plant was used for a variety of uses throughout California. The Chumash made a tea to put on poison oak to relieve the symptoms. They also made a felt cone from the dried leaves to burn on a patients skin to cauterize a wound (Source: Jan Timbrook). Leaves were placed in food storage containers, such as acorn granaries, to keep pests away. It was used ceremonially by many tribes. I think it has a lovely aroma, which according to some tribes, will give you pleasant dreams when put it under your pillow.

One time, many years ago, I volunteered to cut down a very large bush of poison oak next to a building at work because I did not think that I was very allergic to it. In the process of chopping it, there was so much sap that it went right through my clothes to my sweaty skin with open pores. I caught a bad case of it. I was on my way that weekend to a camping trip with the California Indian Basket Weavers Association in the Sierra foothills. I forgot to pack the Caladryl and was so miserable in the heat with my rash. I thought I might have to give up and go home. Then I remembered what I had heard about the mugwort. I asked one of the local women where it might grow nearby and she told me to go to where the highway goes close to the river. I gathered a bunch, crunched it up in a bucket of water. It kind of looked like Mug root beer. I found that when I sloshed it on my skin, I got just enough relief that I could stay at the event and enjoy myself.

Mugwort grows easily from runners and likes soggy winter soil that dries up in summer. It will die back then but come back when the rains start again. It likes the shade of oak trees, and will grow in sun if it has more water. It tolerates heavy clay soil just fine. It is often found along the side of trails and streams. It doesn’t have much in the way of flowers, but smells great.